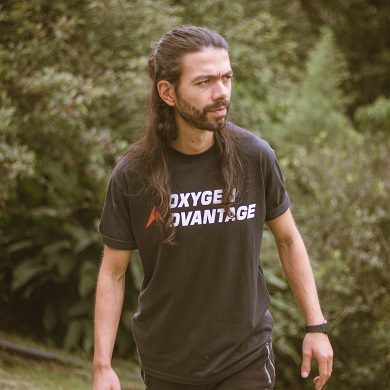 Lucas is the first Oxygen Advantage Instructor in Colombia with his father Antonio. He has been a Zen Meditation practitioner since 2008, he lived on a Zen Temple and ordered as a Bodhisattva and this practice became an important part of his life. After years of practice, he understands that breathing is vital for meditation, health, and life in general.

He starts using Buteyko breathing to complement his practice and start feeling changes in his own meditation and health. He said, “Even with years of meditation practice, I feel that I didn’t know what meditation was until I change my breathing”.

He decides to go further on breathing and discover Patrick and his method, Oxygen Advantage. He starts using this method with his meditation students and now uses it to help people with health issues and improve physical performance in sports and life.

“Life must be an entire meditation, not just when you are sitting and quiet, but when you are in movement, even during physical exercise. Breathing gives you a great gift: restores freedom in your mind and body”.