How to Start Breathing Through Your Nose and Why It’s Important for Performance, Sleep and Longevity

Nose breathing. Most of us hadn’t thought about it until the science journalist, James Nestor’s bestselling book Breath, the New Science of a Lost Art hit the shelves, a couple of months into the first 2020 COVID lockdown. Nestor illustrates the case for nose breathing, clearly and convincingly. But nose breathing has been the foundation of the Oxygen Advantage® technique since the outset. And top athletes had been quietly using nose breathing exercises to excel, long before this knowledge became mainstream. Let’s dive into the science and discover why nose breathing could be the answer to your performance questions.

Whether you’re a weekend warrior or a pro athlete, you understand how important it is to strengthen and condition your muscles for greater speed, power, and accuracy. But even if you’re competing at a high level, it’s likely you were never taught to make the connection between nose breathing and success. Or to recognize the difference between nose breathing vs mouth breathing, and why it really matters.

Why is it worth integrating nose breathing exercises into your training?

When it comes to sports performance, nose breathing is akin to a silver bullet. If you want to excel, and you’re still breathing through your mouth, it’s a practice you need to adopt. Research from the University of Milan, published in November 2021, states: “Young basketball players may benefit from nasal breathing protocol during their regular training practice leading to remarkable improvements in both physical fitness and pulmonary function [1]”.

When you breathe through your nose:

Goal oriented people find it difficult to practice the maxim, “less is more.” The same competitive nature that helps you win can contribute to over-training, chronic fatigue, and a demoralizing speed plateau. 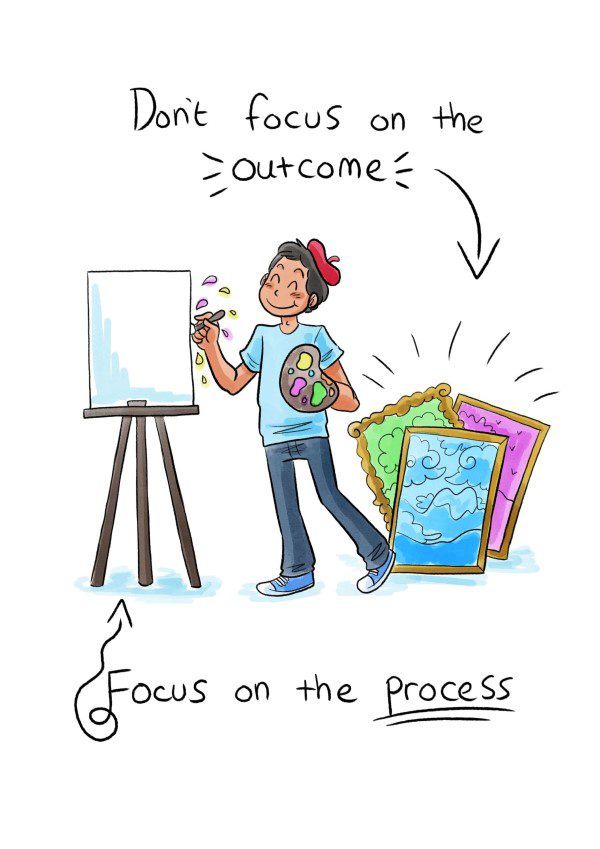 Just as we try to cram in extra hours at the gym, we are conditioned to breathe hard and fast during training to “get more oxygen” into our lungs. We follow expert advice, only to discover that we’re gassing out with exercise-induced asthma.

Contrary to common belief, less is more when it comes to breathing too. Nose breathing reduces the speed and volume of air reaching your lungs. This is vital for efficiency, and for optimal balance of your nervous system and blood gases.

If you want to optimize your training, you must examine your breathing outside of physical exercise and competition. Nose breathing is a 24/7 commitment. How you breathe during rest and sleep is just as important as how you breathe just before the starting pistol fires.

Some coaches recommend breathing in through the nose and out through the mouth. You may feel that with nose breathing not enough air gets to the lungs. Many of us believe mouth breathing provides more oxygen. By integrating nose breathing into your training, you will increase your tolerance to air hunger and delay breathlessness. You will enhance lung function and improve oxygen uptake. You’ll breathe air deeper into your lungs and keep it there for longer. And you’ll avoid dehydration, airway irritation and infection. The Role of Nose Breathing in Preventing Pathogen Inhalation

Few of the body’s organs play as important a role as the nose. As mentioned above, tiny hairs called cilia and the presence of nitric oxide are just some of the ways in which the nose prevents pathogens from entering your bloodstream and causing sickness or infection.

If you have a respiratory issue like asthma or allergies, your ability to breathe properly will be affected negatively by mouth breathing. The nose is a vital part of the body’s defense system. It filters out foreign materials that may contain bacteria or viruses while allowing oxygen into our lungs. It also filters out many of the pollutants we encounter every day that negatively affect our breathing.

Effects of Pathogens on Respiration

Pathogens can affect respiratory function and cause a wide range of diseases, including:

The nose is an integral part of the respiratory system and plays a key role in preventing pathogen inhalation. Keeping your mouth closed and breathing through your nose reduces the chances that an inhaled pathogen could negatively affect your health.

What the experts say about nose breathing vs mouth breathing

In this video, Oxygen Advantage® founder Patrick McKeown chats to bestselling author, James Nestor, about the importance of nose breathing vs mouth breathing.

When breathing is dysfunctional, movement cannot be functional. Unless you address mouth breathing, you will never be able to optimize your physical training. There will always be an underlying weakness that will manifest as trigger points, repetitive strain injury, lower back and neck pain and even urinary leakage. A 2020 study reports that 33% of elite athletes suffer incontinence [7]. This is largely due to poor diaphragm function. Your diaphragm can only work properly when you breathe through your nose.

Mouth breathing also contributes to respiratory conditions including asthma, which is common in sports [8]. Poor breathing equates to poor long-term health, and fit does not always mean healthy [9].

Mouth breathing causes changes in the acidity of the blood

Each of these symptoms on its own can change the normal motor control of skeletal muscles [11].

If you do get injured, the poor oxygenation associated with mouth breathing has implications for recovery. While transient hypoxia (low oxygen) is essential for the formation of muscle tissue and the stimulation of muscle stem cells [12], prolonged hypoxia is detrimental to muscle repair.

The body needs oxygen to recover. 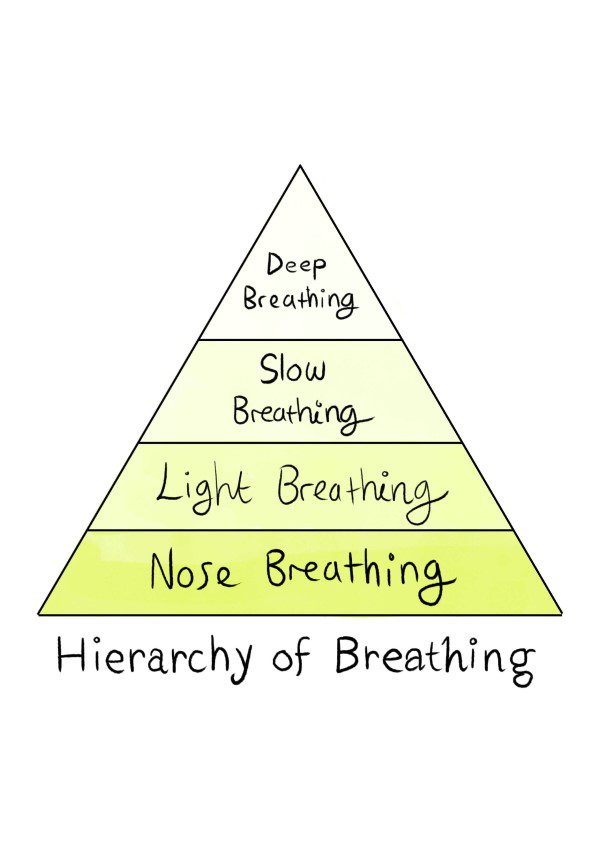 When you exercise, oxygen demand increases. To keep up with this demand, your breathing muscles work harder. When you breathe hard and fast through an open mouth, breathing is inefficient, and the breathing muscles become exhausted more quickly.

You need to breathe to stay alive, so your body will always prioritize breathing. When your breathing muscles tire, your body diverts blood flow from your legs to support respiration. This reflex is the reason your legs become tired, making you slow down and stop.

Is it better to breathe through your mouth or your nose? Remember, nose breathing is 22% more efficient vs mouth breathing. This greater efficiency leads to better stamina and endurance, so you can power through to the finish line.

Now, let’s take a look at some of the scientific literature around nose breathing vs mouth breathing. Scientists examined lung volumes over the course of 6 to 8 weeks, during partial ongoing nasal obstruction, and total overnight nasal blockage.

Researchers concluded that “these findings imply that the resistance to expiration provided by the nose helps maintain lung volumes and so may indirectly determine arterial oxygenation.”

Mouth breathing reduces lung volume and negatively affects how much oxygen gets from your lungs to your blood.

“Nitric oxide (NO) is released in the nasal airways in humans. During inspiration through the nose this NO will follow the airstream to the lower airways and the lungs. Nasally derived NO has been shown to increase arterial oxygen tension and reduce pulmonary vascular resistance, thereby acting as an airborne messenger.”

When you breathe through your nose, you inhale nitric oxide deep into your lungs. Nitric oxide helps more oxygen get into your blood.

Your nose performs 30 functions on behalf of your body

“According to Dr. Maurice Cottle, who founded the American Rhinologic Society in 1954, your nose performs at least 30 functions, all of which are important supplements to the roles played by the lungs, heart, and other organs.”

In the nose breathing vs mouth breathing debate, the nose comes out on top every time. The nose performs 30 functions on behalf of the body. When it comes to breathing, the mouth performs no function, except as a back-up if the nose is blocked or exercise is so intensive you need to breathe a significantly greater volume of air.

“Since NO is continuously released into the nasal airways the concentration will be dependent on the flow rate by which the sample is aspirated. Thus, nasal NO concentrations are higher at lower flow rates.”

When you breathe more slowly, you’ll breathe a greater concentration of NO into your lungs.

“Among the various biological properties of nitric oxide (nasal cavity) are its effects on the growth of various pathogens including bacteria, fungi, and viruses.”

However, when subjects breathed in through the nose and out through the mouth, nasal resistance was increased 200% at 1 min (P less than 0.01) after the challenge and returned to baseline values by 10 min after cessation of the challenge.” “Nitric oxide (NO) has important functions in a variety of physiological and pathophysiological processes in the body, including vasoregulation, haemostasis, neurotransmission, immunity and respiration. The discovery of surprisingly high concentrations of NO in the nasal airway and paranasal sinuses has important implications for the understanding of airway physiology. The high NO levels in the nasal and paranasal airways contribute to the first line defence against microorganisms. Furthermore, autoinhalation of nasal NO may improve pulmonary function and other remote physiological processes.”

The nitric oxide you inhale during nose breathing improves the function of your lungs, immune system, blood vessels and breathing.

Nitric oxide in the nasal airway offers a new way to look at disease in the ears, nose, and throat

“The surprisingly high concentrations of NO in the nasal airway and paranasal sinuses has important implications for the field of otorhinolaryngology.”

How does maximal oxygen consumption compare between nose breathing vs mouth breathing?

Your lungs can extract more oxygen from inhaled air when you breathe through your nose during exercise compared with mouth breathing.

“Nitric oxide inhaled via nasal respiration has been shown to increase oxygen exchange efficiency and increases blood oxygen uptake by 18%, while improving the lungs’ ability to absorb oxygen.”

Nose breathing is more efficient and results in greater oxygenation of the blood, making more oxygen available to fuel your working muscles during exercise.

Can’t breathe through your nose at night? Mouth breathing is impacting your sleep and your performance. 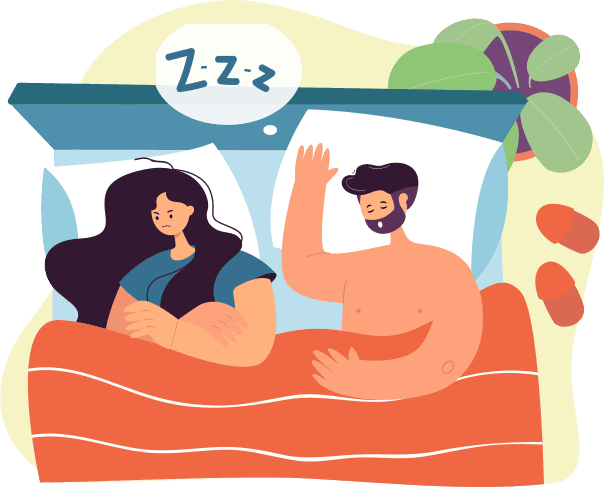 In the run up to competition, it is normal to have trouble falling or staying asleep. Stress, a heavy training schedule, travel and jet lag can lead to insomnia. Daytime mouth breathing can also cause poor quality sleep, simply because it is faster than nose breathing. In rodent studies, scientists identified an area of the brain that triggers arousal when breathing is fast. Fast breathing during the day can contribute to hyperarousal of the sympathetic nervous system, which can trigger insomnia [15].

Nose breathing during sleep can be challenging. It’s impossible to monitor your breathing when you are unconscious. But mouth breathing during sleep impacts your immune response and airway health, as well as your sleep quality. And studies have confirmed it makes sleep apnea much worse [16]. If you can’t breathe through your nose at night, it is likely you suffer with sleep-disordered breathing, snoring or sleep apnea.

Sleep apnea is linked with poor cardiovascular health, depression, and sexual dysfunction. It’s considered an “old man’s disease.” But even adolescent athletes are prone to sleep disorders, just as they are to asthma, colds, flu and COVID. 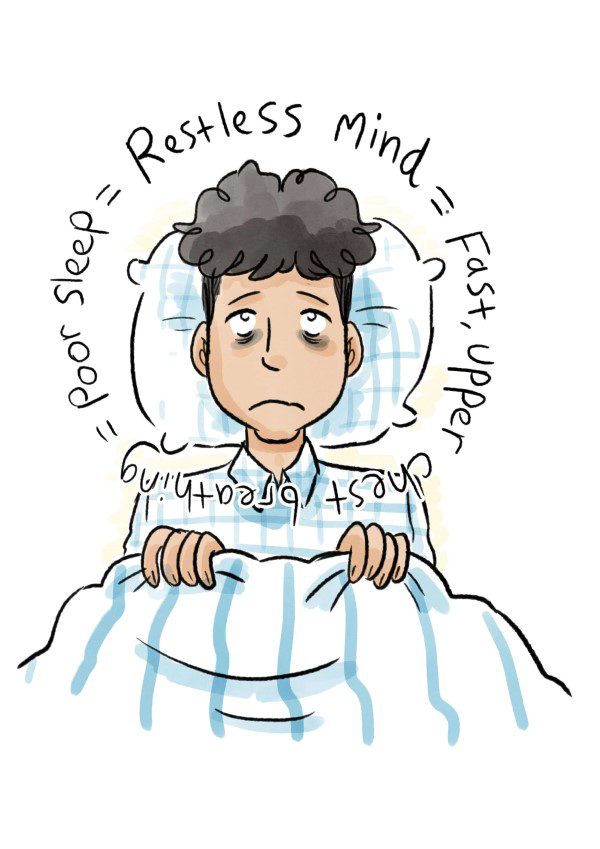 Sleep disorders are hard to self-diagnose. What’s more, it’s common for professional athletes to feel fearful about seeking help [14]. In a competitive atmosphere, it can feel like success equals “survival of the fittest.”

Mouth breathing during sleep is a serious matter that it’s unwise to ignore. Fortunately, the solution is right in front of your nose!

How to breathe through your nose, 8 things you can try today/tonight

Discover ways to integrate OA breathing exercises and tools into your daily routine.