According to Dr. Christopher Winter, who is medical director of the Martha Jefferson Hospital sleep medicine center in Charlottesville, Virginia:

“There are athletes everywhere who have sleep apnea…Not only does the apnea affect their athletic performance, but it is extremely hard on their cardiovascular systems as well.”

In a study published in The New England Journal of Medicine, the prevalence of sleep-disordered breathing among professional football players (NFL) was reported as 14% overall, and 34% among offensive and defensive linemen [1].

It’s important to breathe through your nose

Breathing through the nose in a quiet, gentle manner during sleep reduces snoring and obstructive sleep apnea. Snoring occurs due to a large volume of air passing through a narrowed space. This causes turbulence in the soft palate, nose or back of the throat.

If you snore, there are two factors at play. The first is that you are breathing too hard during sleep. The second is that your nose may be congested, causing the upper airways to become narrow.

The good news is that sleep experts are increasingly becoming concerned about the impact of open mouth breathing during sleep. The late Dr. Christian Guilleminault of Stanford University did much to advance knowledge in this area. According to Dr Guilleminault:

“The case against mouth breathing is growing, and given its negative consequences, we feel that restoration of the nasal breathing route as early as possible is critical” [3].

Boost your immune system and reduce colds and COVID infections

At Oxygen Advantage® we advocate mouth taping to ensure nasal breathing during sleep. This has many benefits, as a 2020 article looking at the use of nasal nitric oxide (NO) in the fight against COVID-19 reveals:

“Our anecdotal observations also suggest that favoring nasal breathing during sleep by sealing the mouth with adhesive tape reduces common colds. This phenomenon may be due to the filtration and humidifying effects of the nose on inhaled air and to increased NO levels in the airways, which may decrease viral load during sleep and allow the immune system more time to mount an effective antiviral response” [4].

Athletes are susceptible to colds and respiratory infections including COVID. These can cause missed training days and missed competition. Yet another reason to ensure you breathe through your nose at night.

But all this leaves us with a big question — how to stop mouth breathing while sleeping?

How to stop mouth breathing while sleeping 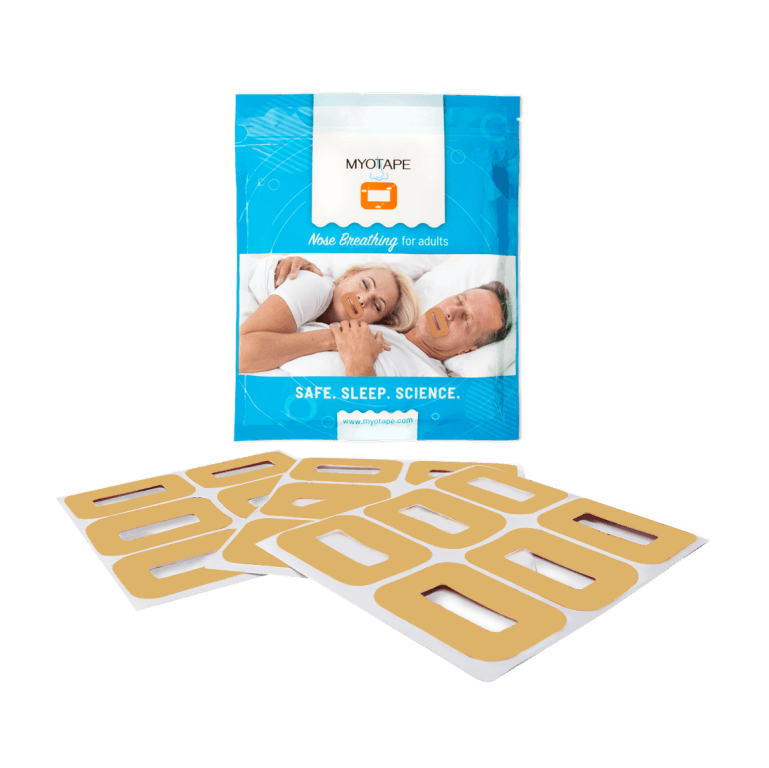 For a tried and tested way to stop mouth breathing while sleeping, Oxygen Advantage® recommends MYOTAPE. The tape goes around the lips, not over the mouth, reminding the mouth to close. It’s safe, effective and will help you get the optimal sleep you need to support your health and perform at your best.

You can buy MYOTAPE in our store.

What the science says:

“Upper airway resistance during sleep and the propensity to obstructive sleep apnea are significantly lower while breathing nasally rather than orally” [2].

“When compared with nasal breathing, mouth breathing decreases the stability of the lower airway independent of mouth opening” [6].

“This effect of mouth opening and moving from nasal breathing to mouth breathing may add to the effects of sleep on upper airway muscle tonic activity worsening upper airway stability and favor the occurrence of upper airway obstruction during sleep” [6].

“Results suggest that the more elongated and narrow upper airway during open mouth breathing may aggravate the collapsibility of the upper airway and, thus, negatively affect OSA severity” [7].

“Although increased nasal resistance does not always correlate with symptoms of congestion, nasal congestion typically results in a switch to oronasal breathing that compromises the airway” [9].

Brendan Mahe
← AN ALTERNATIVE TO DOPING FOR IMPROVED SPORTS PERFORMANCE 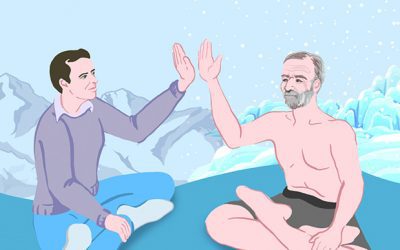